The Human Rights Consortium have issued the following statement condemning the introduction in Westminster today of legislation that will remove the Human Rights Act and undermine human rights across the UK.

The UK governments attempts to introduce a Bill to remove and limit the exercise of existing human rights across the UK has been condemned by a civil society coalition of organisations in Northern Ireland as being a violation of basic human rights guarantees of the Belfast/Good Friday Agreement and the wider devolution settlement across the UK.

Kevin Hanratty, Director of the Human Rights Consortium – a coalition of almost 170 civil society organisations from across Northern Ireland – said, “The proposed legislation is a power grab on an epic scale which will limit the rights of individuals to hold the government to account for its actions. This ‘Rights Removal Bill’ will undermine and diminish the way in which we currently experience a range of rights, making it harder to challenge the government for rights violations and seek redress.

The UK Governments proposals, if enacted, would represent a substantial weakening of rights and a violation of the Belfast/Good Friday Agreement by effectively scrapping the Human Rights Act (HRA). The proposals seek to minimise or withdraw many of the ways in which the HRA holds the Government to account either by weakening the role of courts, bypassing existing compliance with certain rights protections or removing them altogether. The proposals are clearly at odds with the views of the vast majority of people in Northern Ireland and across the UK who value the role that this legislation has played in protecting us. 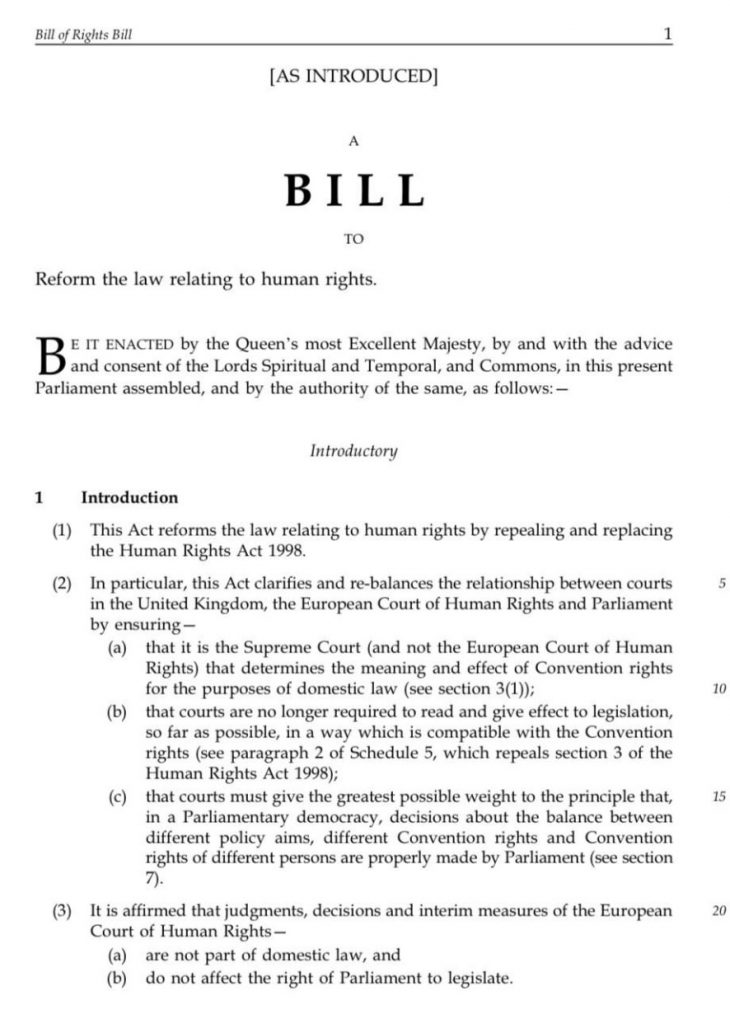 As recently as last week we witnessed the UK government threaten to leave the European Convention of Human Rights (ECHR) when the European Court of Human Rights (ECtHR) quite rightly delayed their deportation of refuges to Rwanda, despite access to the Convention being a fundamental condition of the Belfast/Good Friday Agreement. This week, the Government now wants to scrap the legislation (HRA) which gives us access to those important Convention rights, thus reneging on their commitments and standards set in our peace agreement.

This ongoing reckless agenda of the UK Government to push towards the constant erosion of existing rights, domestic protections and international agreements cannot be allowed to continue. Instead of trying to undermine existing protections, the UK Government should be taking forward its responsibility to deliver on outstanding rights commitments of our peace process like a Northern Ireland Bill of Rights that would protect and expand our human rights protections. The Government’s proposals are not worthy of the title Bill of Rights. The government needs to scrap this dreadful legislation and keep its hands off our Human Rights Act”.