Rights at Risk in Brexit process

The Human Rights Consortium has launched a new report which highlights the inherent risks to the enjoyment of existing human rights in Northern Ireland from the process of the UK leaving the EU.

The report ‘RIGHTS AT RISK – Brexit, Human Rights and Northern Ireland‘ is the product of extensive research by the Consortium with its members and civil society groups across Northern Ireland over the last 12 months. It outlines the breadth of the protections enjoyed by individuals in Northern Ireland through current EU membership, how those protections are intimately linked to the Belfast/Good Friday Agreement and why those rights are currently at risk within the Brexit withdrawal process. 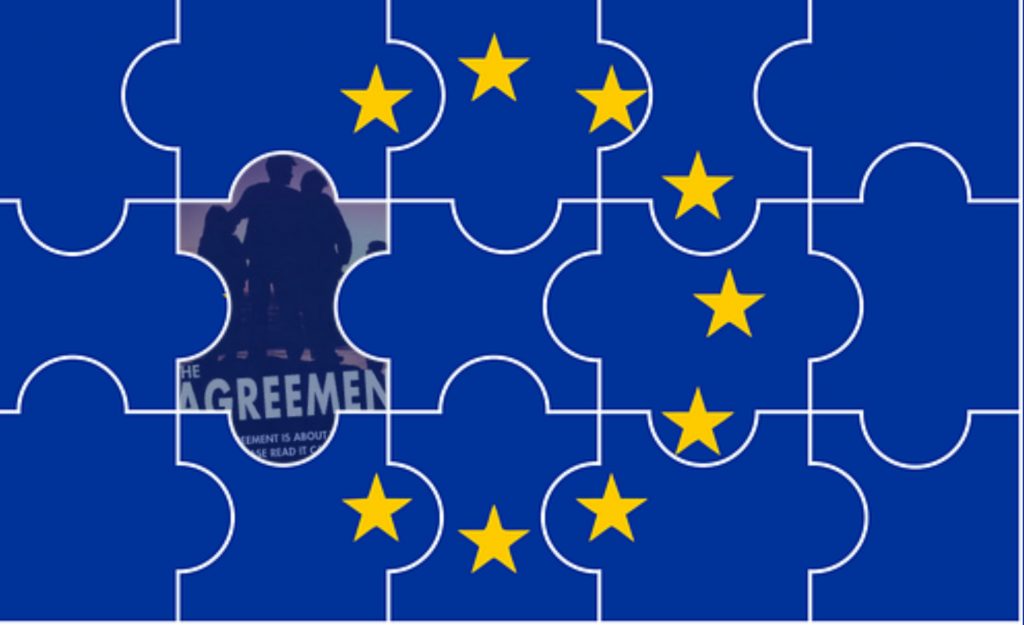 Speaking at the launch of the report the Director of the Consortium Kevin Hanratty said, ‘There is a clear link between the Northern Ireland peace process and membership of the European Union. EU membership was the assumed context and backdrop for a peace agreement 20 years ago. It also provided an important legislative scaffold that allowed the institutions of governance of the new peace agreement to function effectively and act in accordance with a range of important human rights standards. Following the referendum result it was clear that this existing tapestry of rights may be at risk due to the significant constitutional upheaval that Brexit represents.

Our research highlights the true extent of the influence of the EU in protecting human rights in Northern Ireland, including the fact that the EU has often helped overcome the local political restrictions of divisions in the Assembly and harmonised rights standards upwards. Our contact with civil society groups throughout the course of this research has unveiled deep-seated anxiety across Northern Ireland about what Brexit will represent for human rights and other aspects of life locally.  Unfortunately it is also clear from our research that while many significant commitments have been made to protect the peace process, the Good Friday Agreement and human rights during the Brexit process there has been little evidence of practical delivery to date on those commitments.’

The Consortium research sets out the challenges as regards protecting existing EU derived rights as we move into the second phase of the EU/UK withdrawal negotiations and we hope this research will act as both a guide for civil society in those discussions and an indication politically of some of the priorities for this next phase of talks.

This study was funded by the Department of Foreign Affairs and Trade’s Reconciliation Fund. Our outreach with members has highlighted a range of cross-cutting concerns about how Brexit could impact on supporting and advancing human rights in Northern Ireland. The main areas were:

– Rights and the peace process

– Rights that exist in EU law
– Rights dependent on reciprocity and membership of the EU
– Impacts of EU funding
– Access to European networks
– Identity, both in terms of community identity in Northern Ireland and EU/EEA nationals in Northern Ireland

This report highlights the impact of these cross cutting issues across a range of areas and sectors covering: citizenship; children and young people; women; LGBT people; people with disabilities; workers; and the environment. Across all of these sectors, interlocking rights are impacted by Brexit. At present, while there have been high level commitments to ensuring there will be no impact on the rights enjoyed in Northern Ireland, these commitments have still to be translated into specific and detailed mechanisms to ensure that Brexit will not lead to a reduction in rights.

The full report can be accessed below.