Hands off our Human Rights Act

The Human Rights Consortium has submitted its response to the Ministry of Justice consultation on replacing the Human Rights Act. The submission (available to download below) is heavily critical of proposals by the UK Government to scrap the Human Rights Act (HRA) and replace it with weaker standards. The Consortium outlines that the proposals would be a violation of the Belfast/Good Friday Agreement as they would weaken the existing protections that people in Northern Ireland currently enjoy as a result of that peace agreement.

Director of the Human Rights Consortium, Kevin Hanratty said, “The UK Governments proposals if enacted would represent a substantial weakening of rights and a violation of the Belfast/Good Friday Agreement. The consultation proposals are clearly driven by ideological opposition to ordinary individuals having the power to hold the Government to account for its human rights performance. The proposals seek to minimise or withdraw many of the ways in which the HRA holds the Government to account either by weakening the role of courts, bypassing existing compliance with Convention protections or removing them altogether. The proposals are clearly at odds with views of the vast majority of people in Northern Ireland and across the UK who value the role that the legislation has played in protecting us.” 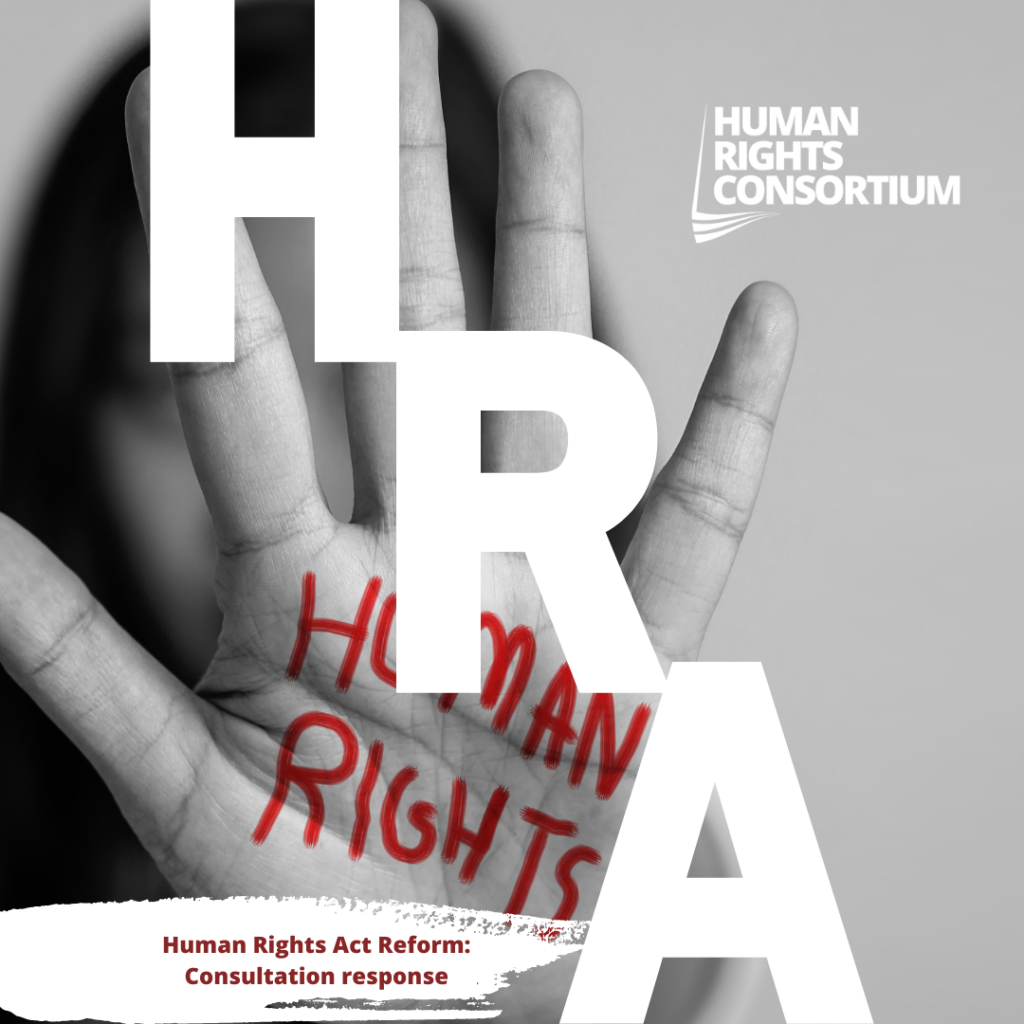 The Government proposals include:

“More broadly the proposals also fail to take account of the impacts such changes would have on devolved governments and the central role that the HRA plays in decision making and accountability across Wales, Scotland and Northern Ireland. For Northern Ireland the Human Rights Act was a core element in building confidence in the new power sharing arrangements and continues to be a foundational part of the human rights framework for our governance. Instead of trying to undermine existing protections the UK Government should be taking forward its responsibility to deliver on the other outstanding human rights protections of the peace process like the Northern Ireland Bill of Rights.

If the proposals in the HRA consultation document are fully progressed as outlined they will result in a clear regression in the access and enjoyment of Convention rights as we currently know them. The Belfast/Good Friday Agreement (B/GFA) made provision for Convention (ECHR) rights being incorporated into the law of Northern Ireland. If the proposed changes are implemented locally it will fundamentally alter the way in which we currently access and experience the protection of those rights. We believe that this violates both the intention behind the B/GFA commitment and the practical protection and enjoyment of those rights commitments as we have enjoyed them over the past 22 years.”

The Consortium submission to the HRA consultation is available to download below.