As the UK government proceeds with the introduction of legislation to retain EU law in domestic UK legislation through the EU Withdrawal Bill the Human Rights Consortium and other civil society organisations have highlighted fundamental flaws with the legislation that could lead to a weakening of human rights protections and undermine elements of the Northern Ireland peace process.

The EU Withdrawal Bill which will have its second reading in the House of Commons on the 7th and 11th September seeks to retain/replicate EU legislation within the UK and repeal the European Communities Act. 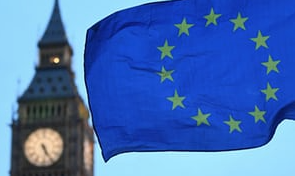 Major criticisms of the Bill from Northern Ireland include:

A short briefing on the main criticism of the Withdrawal Bill has been developed by the Consortium in collaboration with other civil society organisations and is available to download below.

A short briefing outlining some of the main concerns about the EU Withdrawal Bill by NI civil society groups.