A report capturing the contributions at our one day conference ‘The Impact of the Human Rights Act in Northern Ireland’ is now available to download. (Bottom of this post.)

The Conference which was hosted by the Consortium and UNISON aimed to try and capture a range of civil society, academic and public authority perspectives on what changes the Human Rights Act (HRA) had achieved in the protection of human rights in Northern Ireland in the 16 years since its entry into force. 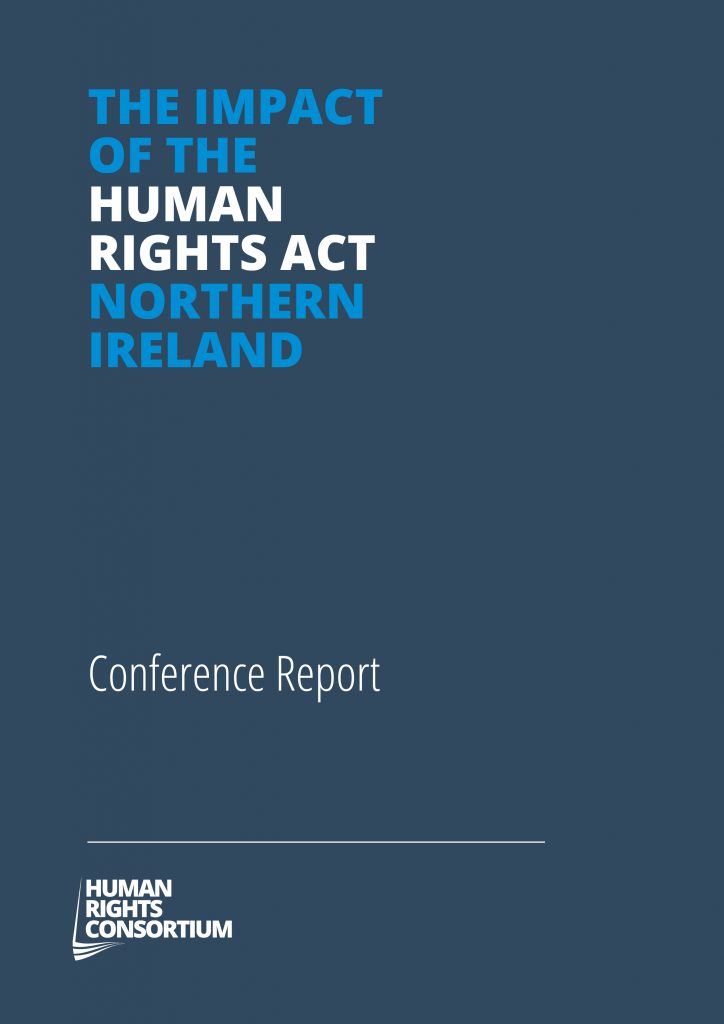 The full day conference heard from Chief Constable of the Police Service of Northern Ireland George Hamilton as our keynote speaker who outlined the centrality of the HRA to the Patten reforms of policing in Northern Ireland and spoke extensively about how human rights were ‘an enabler of effective policing.’ He also highlighted that the removal of the HRA would be ‘hugely detrimental to both confidence in policing and the confidence of the police to make difficult decisions.’

We also heard from other speakers how the removal of the HRA would represent the destruction of a significant pillar of the human rights architecture of the Agreement and society in Northern Ireland and would threaten the basis of trust in the new institutions developed since 1998. 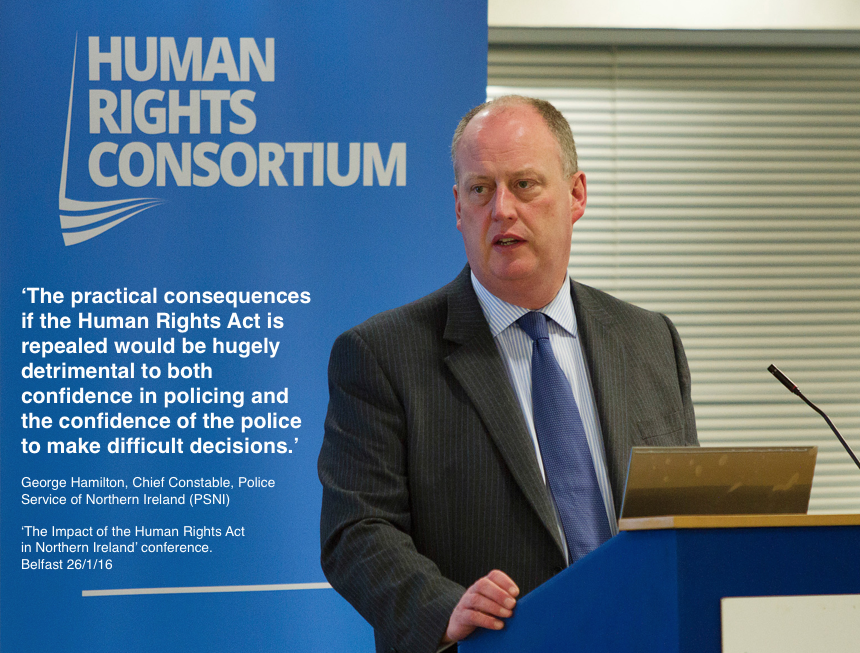 Several of our contributors on our afternoon panel spoke about the social and economic rights impacts of having the HRA protections in place and the detrimental impacts if it was to be withdrawn. Individuals with learning difficulties, people with disabilities and the elderly were all identified as just some of the groups that had benefitted from the HRA.

Additionally we heard that the HRA has had a significant impact on giving children access to justice for issues that affect the early period of their lives and which previous to the introduction of the HRA would have taken several years to be resolved.

The afternoon session also heard from Professor Chris McCrudden from Queens University who gave an excellent legal analysis of the multiple complexities of removing the HRA from statute and what the potential impact may be on the devolved institutions and their powers. 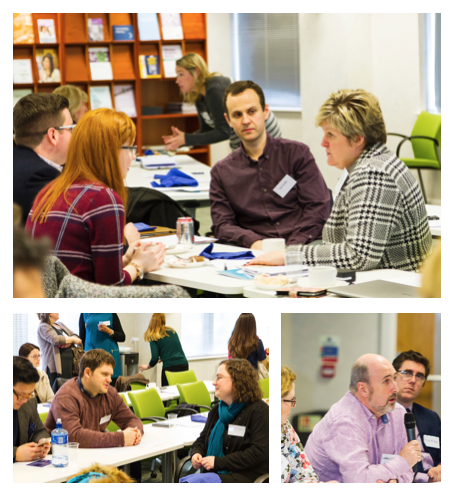 Many other important contributions were made from the floor by a further range of NGOs and academics who contributed additional perspectives, raised questions or added new evidence on the local use of the HRA during the various Q&A sessions throughout the course of the conference.

The conference clearly helped to benchmark many of the benefits that the HRA has provided to Northern Ireland. The report attempts to capture that important evidence and hopefully this body of material can be built upon by civil society in the months and years ahead.

Such evidence will be of vital importance in making the case for the retention of the HRA in legislation given the range of current threats to existing human rights protections across the UK. 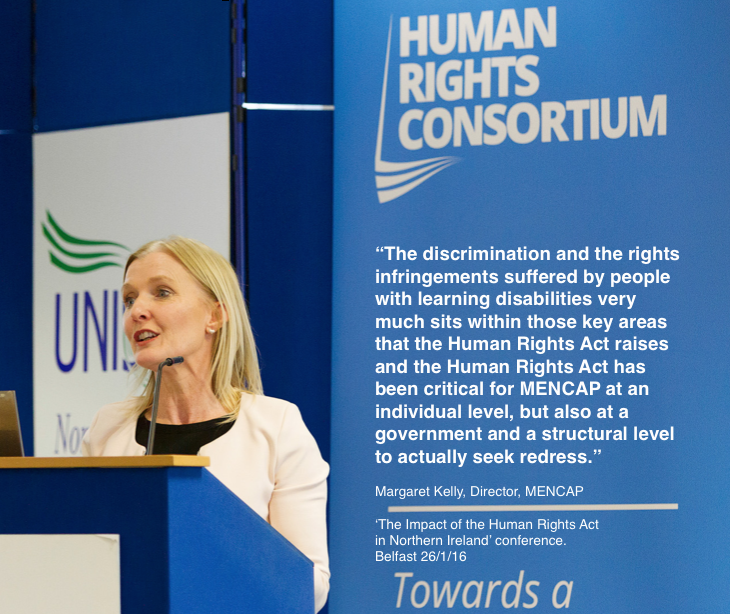 ‘we would be seriously challenged to protect the rights of the most vulnerable children in this jurisdiction in the absence of the HRA’ – Paddy Kelly, Children’s Law Centre 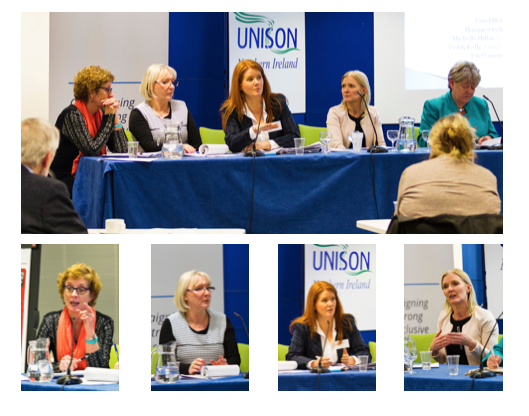 The United Kingdom Government’s threat to ‘scrap the Human Rights Act’ seems to at least be temporarily on hold as Ministers have revealed that it is likely to wait until after the sizeable task of dealing with Brexit. Though the recent commentary from the Prime Minister that she will seek to campaign in a 2020 Westminster election on a manifesto commitment to withdraw the UK from the European Convention of Human Rights (ECHR) raises the threat level to human rights even higher.

Access to Convention rights are explicitly referenced as one of the safeguards in the Belfast/Good Friday Agreement and UK withdrawal from the ECHR would remove the option of redress to the European Court of Human Rights for everyone in the UK.

So while Brexit may currently dominate the political landscape, the threat to rights that exiting the EU represents could be multiplied by the current UK Government position on the HRA/ECHR. Recording and sharing the lived reality of how the protection of rights, such as the HRA, makes our society stronger needs to continue as we face these continued threats.

Report of a one day conference hosted by the Human Rights Consortium and UNISON in 2016 looking at the impact of the HRA in Northern Ireland in the context of current threats to repeal the legislation.